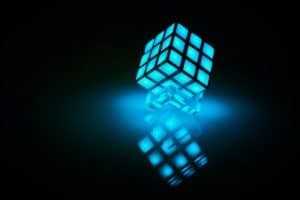 AFTERLIFE CUBE: The Cooler Alternative to the Rubik’s Cube

The Rubik’s Cube is no doubt one of the best inventions.

It’s fun, challenging, and keeps you busy for a really long time.

Not to say that I’ve solved one, but my kids have and they still constantly try to beat their times.

Things have gotten a bit mundane and they probably fiddle with a cube once every three months.

It’s just like every other toy or gadget out there.

We get into it because of hype, then we look and seek the next best thing.

This next best thing usually comes in the form of an app or game or it comes with a completely new gadget.

So, what do we do after the Rubik’s Cube has lost its hype?

We (or they), create something different and new.

In this regard, “they” have created something very similar to the Rubik’s Cube, but with a twist that I’m sure you’ll love.

Very similar to the Rubik’s Cube, but with a major twist, the AFTERLIFE CUBE is definitely something to fuss about

How does a Rubik’s cube that lights up sound?

How does a different challenge with the cube sound?

Well, that’s what you can expect with the AFTERLIFE CUBE.

This cube lights up and isn’t your typical Rubik’s Cube.

How the AFTERLIFE CUBE Works

The AFTERLIFE CUBE isn’t your ordinary cube and it doesn’t come with ordinary instructions.

To solve the AFTERLIFE CUBE, all you have to do is start moving things around.

When a face lights up, it’s in the right spot.

Continue to twist things around, but keep in mind the spots that lit up.

Light up the entire cube and voila!

You have just solved the AFTERLIFE CUBE.

The Price and Where to Buy the AFTERLIFE CUBE

Currently, the AFTERLIFE CUBE is a crowdfunding product.

All that means is that the owners and creators of the AFTERLIFE CUBE need people like you and me, to get this party started.

As soon as they reach their goal of $90k (which they did), they will then start production.

Currently, there is a lot of interest in this product and hundreds of people have already funded this project.

That gets you one AFTERLIFE CUBE and gets you a step ahead of everyone else.

These guys ship to anywhere in the world and shipping is expected to start in December 2022.

Get an AFTERLIFE CUBE for yourself or as a gift and it will be in your hands around the right time.

Get the AFTERLIFE CUBE Here

History of the AFTERLIFE CUBE

It’s crazy to think that the Rubik’s Cube was invented in 1975, but wasn’t distributed until 1980.

That’s a long time ago, and even crazier to think that there’s something new.

The AfTERLIFE CUBE has come a long way.

All kinds of testing and trial and error have been put into this cube before they could get everything right.

In a nutshell, it was not easy to get the AFTERLIFE CUBE to come to life.

The idea was there, but getting everything to work properly wasn’t.

It took all kinds of trial and error, before the MVented crew from Milan, Italy got the AFTERLIFE CUBE right.

And, now that they got everything perfect, the AFTERLIFE CUBE is functional and ready to be sold.

But, what makes it worth its hefty price tag?

Although this isn’t a complete AFTERLIFE CUBE review (because I didn’t get one yet), I want to go over some of the key features that make this an add-to-cart item.

Let me go over what I think makes this one of the best inventions of the year.

Overall, the AFTERLIFE CUBE is a great idea.

It takes a lot of thought and smarts to invent things, let alone put them together.

MVented has done something few have tried to accomplish, which is to create something that can benefit everyone.

Overall, I think the AFTERLIFE CUBE is quite amazing.

If you want a piece of one of the hottest gadgets on the market, now’s your chance.

5 Cool Things You Should Know About YKK Zippers
Next Post:How to Carry Your Passport Safely and Efficiently