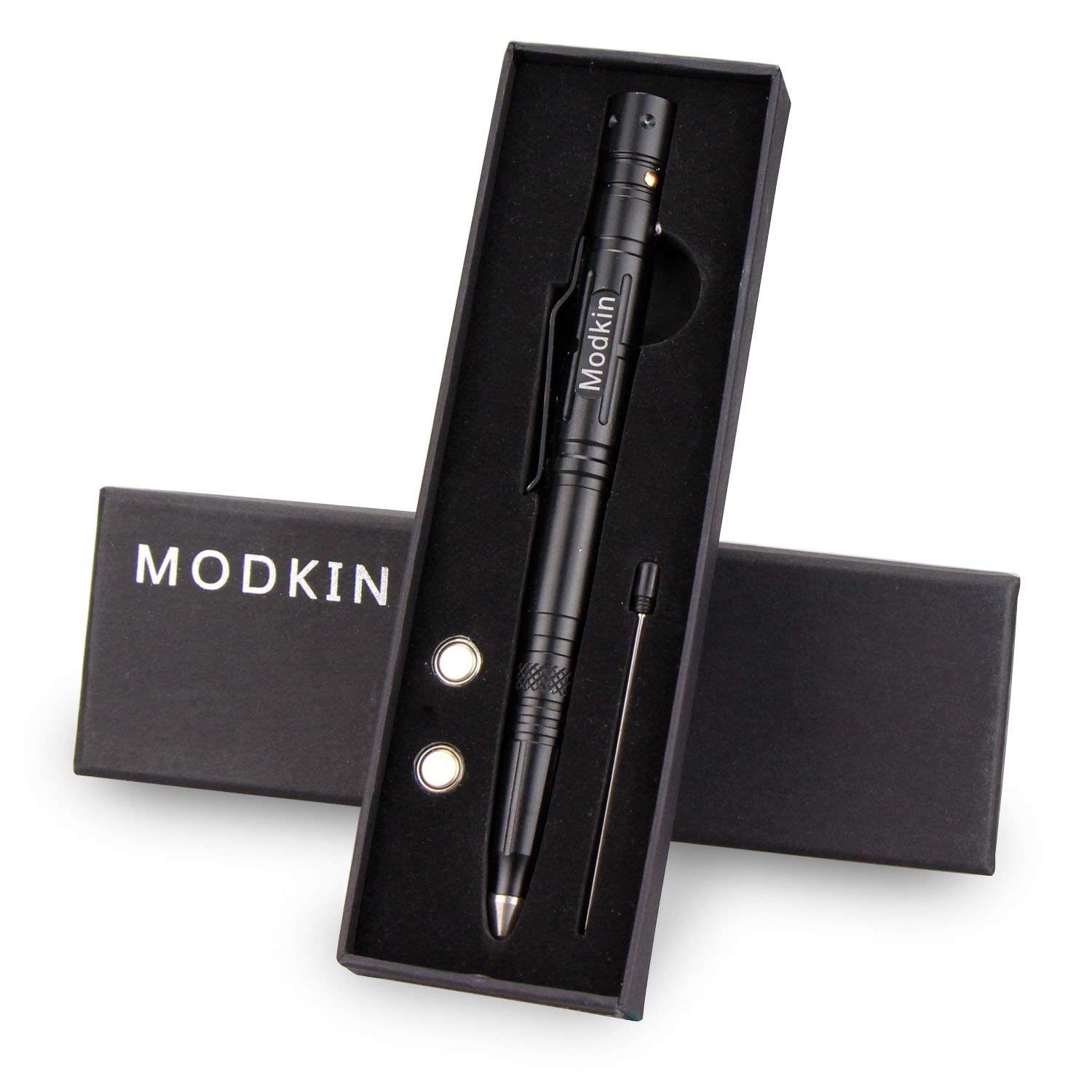 The Modkin Tactical Pen: Perfect for Any Situation 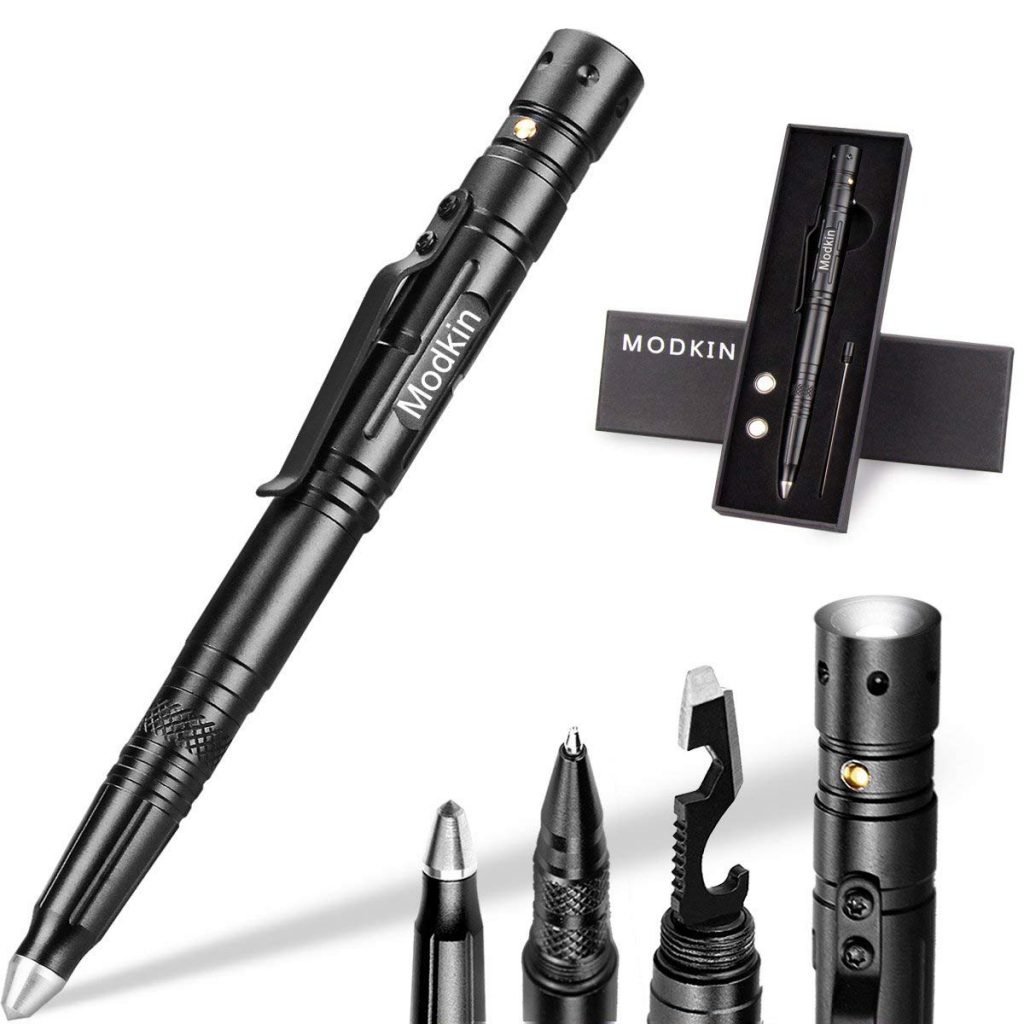 Just when you think all pens are created equal, things like the Modkin Tactical Pen have to come and change things.

For the better of course.

Looking to break a window (for emergency purposes of course)?

Your pen can help you with that.

Looking to open your next brew all while impressing your buds?

Yup, your pen can do exactly that too.

Or are you simply looking to write your name over and over again just so others can see the cool little pen you are using?

Your pen can do that too.

Not just any pen, but the Modkin Tactical pen.

If your’e looking for a pen that’s not boring and just a pen, this might just be the “tool” for you.

With the thousands upon thousands of pens in the world, I want to show you why this is one that you will not regret buying.

For you gear junkies out there that want cool and functional in something so simple as a pen, you might want to checkout this review.

Multi-tools are becoming more and more popular lately. We all love the multiple functions and tools fit into a small little carrier. I’ve seen tons of them with knives, bottle openers, pliers, etc. But until now, I haven’t seen to many with a pen.

The greatest part about the Modkin tactical pen just might be the size of it. Many multi-tools are practical because they have several tools (given the name). The problem is that they’re still bulky, and they take up a lot of pocket space.

The Modkin tactical pen is literally the size of a normal pen, but it has a very extra functions. You obviously have the writing pen part of it, but it also includes a bottle opener, a flat head screwdriver, a flashlight, and a glass breaker.

In my opinion, the glass breaker is probably what makes this tactical pen a true survival pen. Breaking a car window is a lot harder than you think. Especially when you’re panicking, you probably will have some real trouble breaking through the glass.

Even if you do, you’ll shred your hand and arm which could lead to even worse problems. Using this tactical pen’s glass breaker, you can’t hurt yourself at all.

If you’re into multi-tools, give this tactical a shot. At only a little above $10.00, you can’t go wrong. 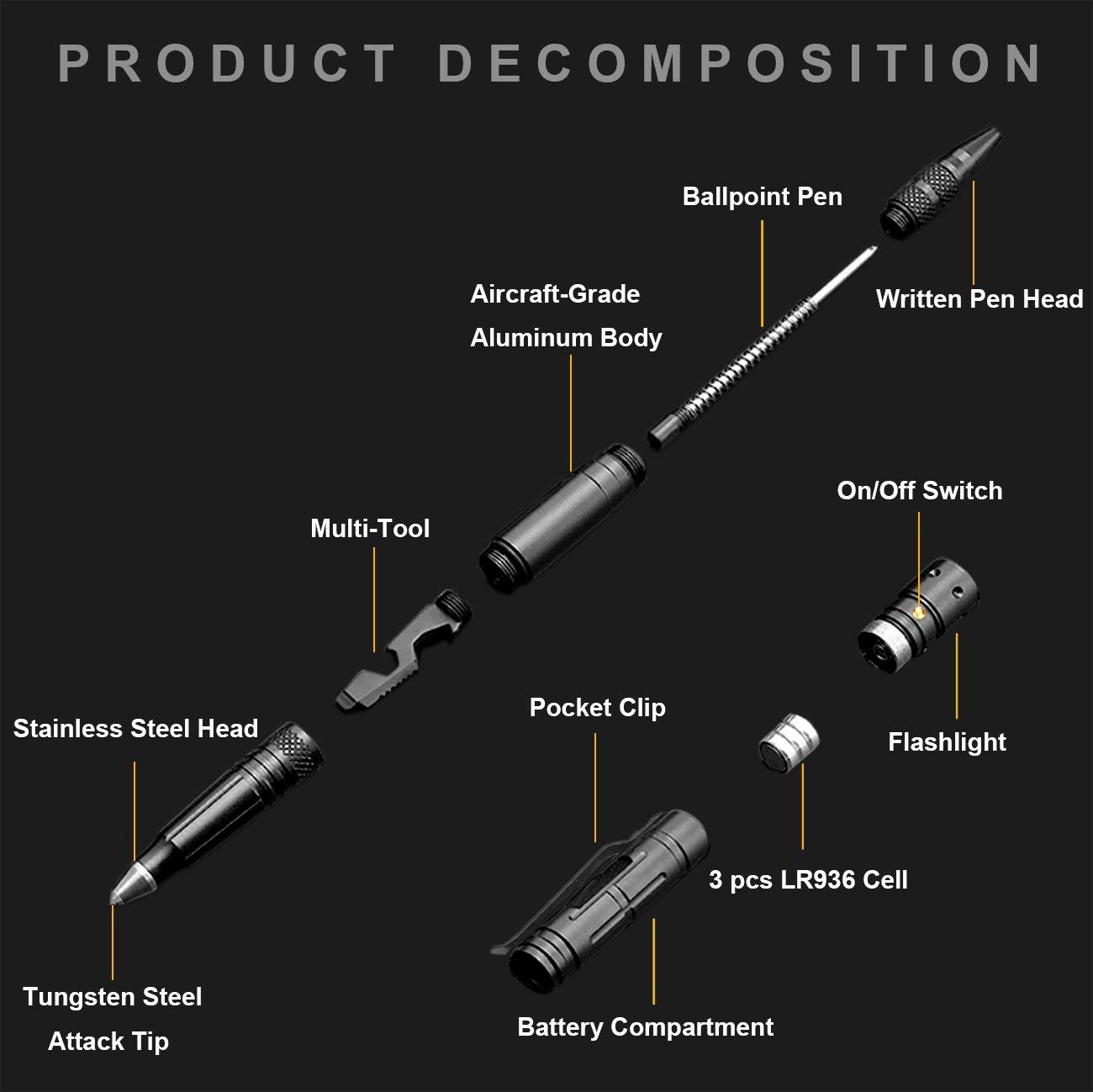 Top Features from the Tactical Pen

There’s many great features to the Modkin tactical pen. Let’s dive straight in to what tools this 4-in-1 pen contains:

As you can see, this multi-functional pen has all kinds of unique specs that make it one-of-a-kind. You can use it as a regular pen, but when you run into an emergency you’ll be covered. For $10.00, it’s well worth the peace of mind.

There are plenty of $10.00 pens on the market that are just a regular writing utensil. Modkin doesn’t sell this tactical pen for its flashy look. You’re not paying the money for just a simple pen. You’re getting a quality product that, in my opinion, is almost a steal.

You have 4 color options with this tactical pen: red, gold, blue, and black. There’s no shortage of options, so take your pick. Personally, I like the black pen as it blends in well and looks like a regular pen until you need it for its other uses. 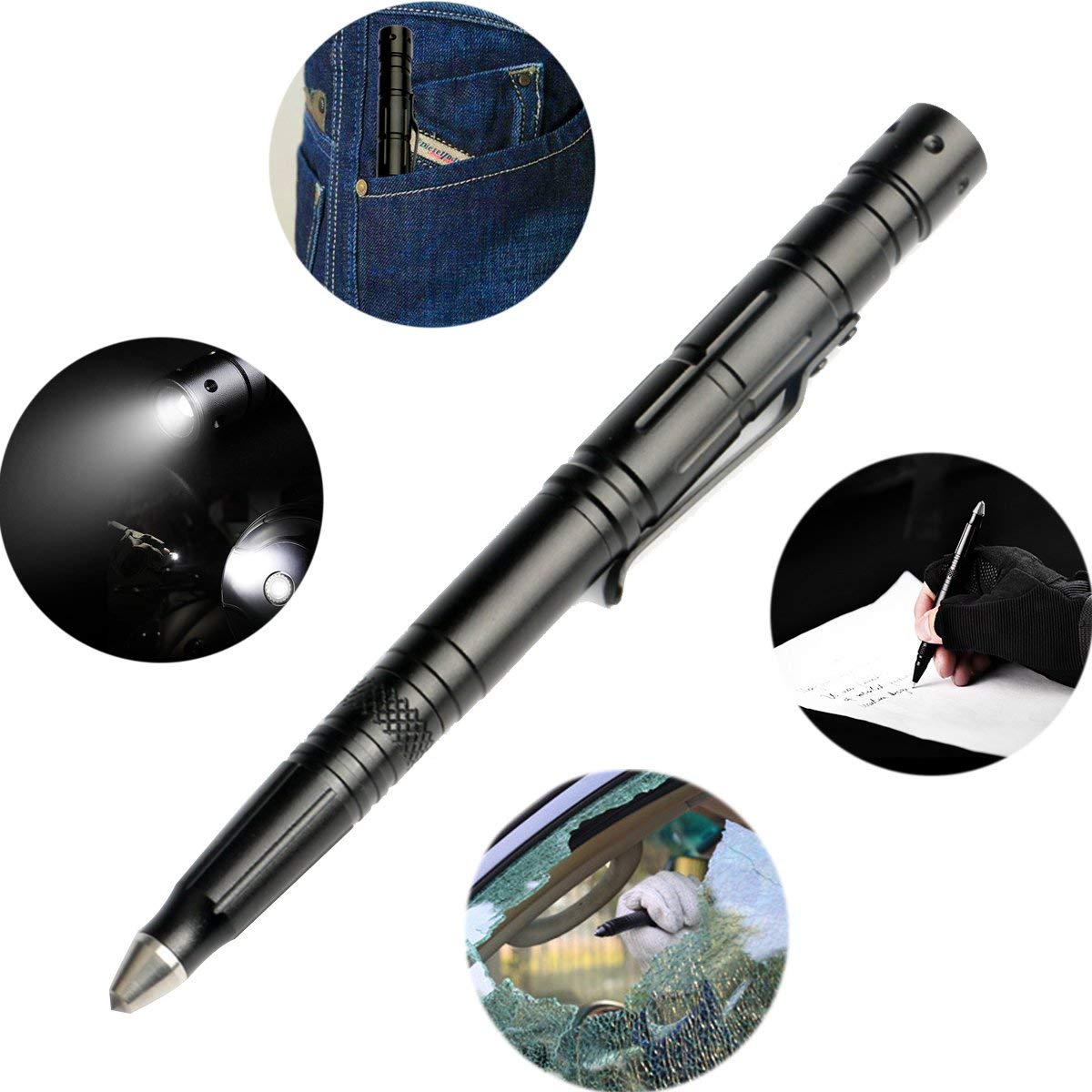 Quality and Durability of the Tactical Pen

The quality of this tactical pen is top notch. It’s made of aviation quality aluminum, and it’s pre-tested for dents and cracks. Modkin pays close attention to their products, so you know you’re getting something new and unused.

All of the tools are made of high-quality metals as well, including the glass breaking tip which is made of tungsten. Tungsten can break glass up to 10mm thick, which isn’t too shabby for a pen.

The pen itself has a diamond thread print for maximum grip while writing or using one of its many tools. Don’t worry about slipping or anything.

The Modkin tactical pen is overall one of the best multi-tools, and possibly the top tactical pen on the market. At such a low cost with a high value, you’re missing out if you don’t get your hands on one of these pens.

Get yourself a Modkin Tactical Pen.

There are many products that will take you all day to decide but for $10, you know you can add this to your collection of mancarry.

You can find this bad boy on Amazon.com, so if you are a prime member, don’t forget that you can get free shipping as well.

We approve this product and we know it will do you well.

This pen gets the big green checkmark of approval.

Full-time traveler who loves minimalism and adventure. If I’m not writing, reading, or playing my ukulele then I’m probably off swimming in a lake or hiking a new trail.